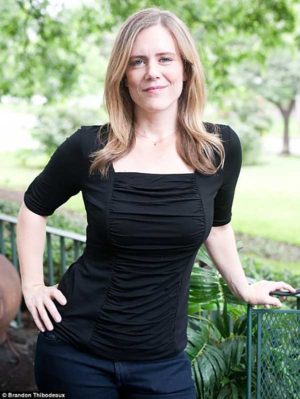 Sarah Hepola is the author of the bestselling Blackout and whatever she writes next. Her essays have appeared in the New York Times magazine, the Atlantic, Elle, Bloomberg Businessweek, The Guardian,  Salon, and Texas Monthly.

She lives in East Dallas, where she enjoys listening to the Xanadu soundtrack and puttering in her garden, when she remembers she has one. She’s the co-conspirator of “Smoke ‘Em if You Got ‘Em,” a weekly podcast on what’s burning through the culture that she hosts with friend and fellow scribe Nancy Rommelmann. She’s the host and creator of the Texas Monthly podcast America’s Girls, an eight-part series on the lost history and cultural impact of the Dallas Cowboys Cheerleaders, a series that no less than Vogue magazine said “expertly complicates America’s cheerleading obsession.” Sarah never knew she was a cat person until she got a cat. What might happen if she got a dragon? Follow her on Twitter @sarahhepola, on Instagram @thesarahhepolaexperience, and on Facebook @facebook.com/sarah.hepola.blackout.