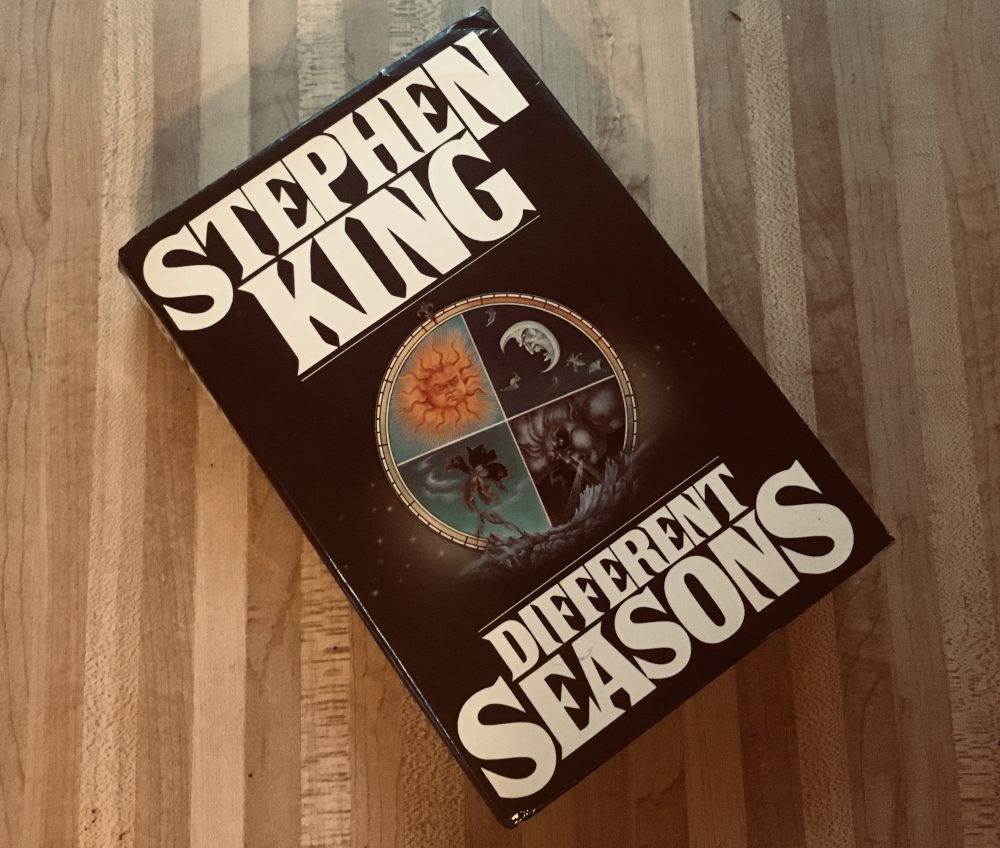 This task summons queasy feelings of inadequacy, in part because I’m not nearly the reader people expect. I’ve always been slow and fitful with books. I abandon most by the half-way point, and I just don’t care. My brother is a speed reader, but as a girl, I was so hooked on TV and movies that during one rough patch of second grade, my mother paid me a quarter for every book I finished. (A quarter! Ha, the publishing economy.)

It’s not that I didn’t like reading. I lovedlovedloved ten percent of books (Judy Blume, S.E. Hinton, stories about charismatic show dogs), but there was that other 90 percent. The other 90 percent could be a beating. I became a teenager who did not read books assigned in English class, something I considered cool at the time and something I find embarrassing now. I don’t think I’ll ever stop feeling criminally under-read, disappointed about the mind-expanding worlds I have yet to enter, but I will play this game, because a) I love Carey Burres, and b) talking about great books is contagious fun, even if it’s slightly exasperating for the list maker, and c) I suspect the nagging feeling that you can and should read more is one of the fundamental parts of being a reader.

Now that I’ve gotten that out of the way: Top ten books in the order I found them.

Fall of seventh grade, 1986. I’d read “Skeleton Crew” and “Night Shift”, mind benders, the perverse thrill of adult fiction, and I’d started on King’s novels, which I kept in chronological order on my shelf. Horror didn’t scare me; I wonder if it’s because I already felt so scared. I could freak myself out on a bridge imagining the rickety structure collapsing, so a story about the bogeyman in the closet was like: Right, that. (I also loved Edgar Allan Poe and Clive Barker.)

“Different Seasons” is the least horror-driven of the early King work. The 1982 collection of four novellas would inspire three films: “Shawshank Redemption,” “Apt Pupil,” and “Stand By Me,” the latter of which became my favorite movie that seventh grade year and was something like Playboy for tween girls who don’t like nudity but want to watch cute boys bonding.

The story that inspired “Stand By Me,” “The Body,” was BY FAR by favorite in the collection, four boys on a secret mission to find a dead kid. This is the blueprint for me: Deep friendship, family angst, psychological terror, substance abuse, the joy of storytelling. It’s the closest King got to a memoir, until his actual memoir “On Writing” in 2000.

I read “Different Seasons” so many times the spine split in two. The cover ripped off, and I held the precarious thing together with a rubber band, until I scraped together enough babysitting money for the hardback. No story had ever understood me like this one, and maybe that was the revelation: that I needed a book to get me. I wonder if that’s why so many of the other books weren’t landing. They were escape, but I wanted to be returned back to myself. I wanted a book to explain my thinking, my fears and desires, not whisk me off to another land. (Sidebar: A book can clearly do both.)

Over the next thirty years, I read a lot of books that explained me to myself. They would tug out aspects of my personality and cultural experience I had not fully articulated, and they would whisper things like: You feel this way, because you’re a woman. Or because you’re an American. Or because you’re an alcoholic, or a comedy nerd, or a romantic, or any other label that captures some aspect of me. But “Different Seasons” was the first book that told me something else, something that would prove foundational.

You feel this way, because you are a writer.