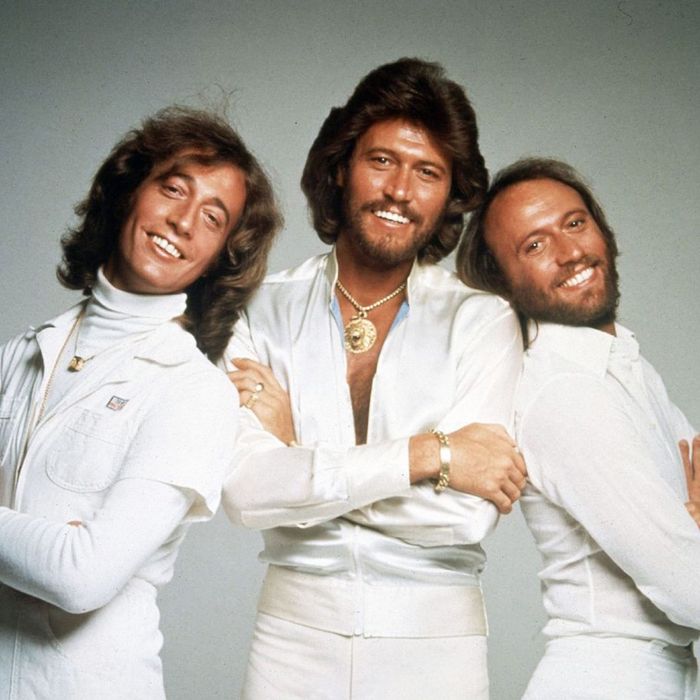 The first night we spent in each other’s company, I slid into the passenger seat of his car and flipped through the songs on his stereo. He had one of those screens that was probably standard, but I’d never seen it before, having spent the past six years in the backseat of yellow cabs during the era when cars went digital. Ordinary things seemed fancy to me.

“This one,” I said, and touched the play button so the disco twinkle of the opening filled the silent air. And then that blast of three-part harmony, gentle as a sigh. Ahhhhh, the Gibb brothers sang as he rolled the car out of the parking lot and onto the empty street of an unfamiliar neighborhood. He was quiet as he drove, but he seemed to be watching me out of the corner of his eye, my body dipping back into the sound, or maybe I just hoped he did.

I didn’t know whether this was a compliment or an insult, but I was badly hoping it was the former. I wanted to impress him. I wanted him to want me. This has been true of most men, but especially him.

“Frank Sinatra is old shit,” I told him. “Ella Fitzgerald is old shit.” But a radio hit from 1977? Hardly qualifies. “The Seventies is vintage pop,” I said, and watched his eyes settle into this subtle distinction. I’d spent the past few years re-discovering ELO, Queen, Boston, Fleetwood Mac. That post-Beatles era was a wonderland to me.

I listened to it over and over as I drove around my home in Dallas. On the way to Whole Foods, in rush-hour traffic, watching the wet blue noodles slap my windshield in a car wash.

And you come to me on a summer breeze
Keep me warm in your love
Then you softly leave
And it’s me you need to show
How deep is your love?

I saw him again. Months had passed, but we were back in his car. He had a habit of changing a song after the first verse, like he’d already lost interest. It was a form of scrolling, and eventually, I’d come to see it as the sign of a distracted world, inflamed by platforms like Twitter and TikTok, where nobody could dream of holding a thought for more than thirty seconds. But at the time, I saw it as an expression of his interest in women, and possibly me. Not this, not this, maybe this — no, not that either.

I tapped his stereo to play “How Deep Is Your Love.” Or maybe he did, I can’t remember now, and I gave him a look that told him we were playing this one till the end. I loved the boldness of the chorus, how it dared to repeat itself, like maybe the second time you asked the question, the answer would be different.

“It’s such a weird question,” I said, wanting to extend our time together. He had parked alongside the curb; it was my turn to go. “How deep is your love? It almost sounds like a bad translation. Like someone whose first language isn’t English.”

“Well, they are Australian,” he said.

“They are?” Genuine surprise; I thought they were British.

I hated when I couldn’t keep up with another person; I never hated it more than with him.

I kept listening to the song. I’m just this way. I get stuck on a song, and I’m in its grips until it teaches me whatever I need to learn. A friend called this “hopelessly immersive,” and it’s a form of listening that tells you something about how I experience art, but also how I am with men.

This was my favorite part:

Usually my fixation on a song has to do with the lyrics, the word puzzles of Tom Waits and Elliott Smith and Lana Del Rey have served me on long drives and lonely nights. But the lyrics to “How Deep Is Your Love” are simple and even saccharine in a way I don’t normally tolerate. Clearly the words were not what I was chasing. In fact, I didn’t even know some of the lyrics until I googled the song to write this piece.

I believe in you
You know the door to my very soul
You’re the light in my deepest, darkest hour
You’re my savior when I fall

I actually thought this last line was “you’re my savior when I’m born,” which makes no sense, but that tells you how little I had tried to unpack the song’s meaning. The song was more of a feeling. The song was an assertion, a wish. A kind of pining. I really mean to learn. (By the way, I always thought the line was, “I really need to know.” Whatever, I was close.)

I kept returning to “How Deep Is Your Love” for the better part of a year. It was replaced by other songs, other wishes. The guy disappeared into his world eventually, and I attached to other men, had familiar longings. It’s unclear to me if other people listen to music this way. Not long ago, helpless in the grip of another pop song, I texted one of my more OCD friends.

“How many times in a row have you listened to one song?”

Oh God. I had beaten him by degrees of ten. I literally had not listened to any other song for more than a week. This was extreme, even for me. It was yet another song with lyrics that were not the draw, but it had that immaculate Seventies groove that felt branded on my nervous system.

Are we all just chasing our past? I was born in 1974. My mother listened to classical music, and Simon & Garfunkel, and early Beatles albums, the ones “before they got weird.” The songs of my childhood bedroom were the Top 40 hits of the Eighties: Michael, Madonna, Prince. So if this was nostalgia, it was borrowed from someone else’s closet.

“How Deep Is Your Love” came on my stereo this morning while I was driving. I have one of those cars with the digitized song book in the console. I bought the car in 2013, but it’s an outdated system now. The GPS that seemed fancy when I bought the car is so cumbersome I just use my phone.

But the song had maintained its hold on me. I turned it up as I drove the familiar streets, my body dipping back into the sound.

And you may not think I care for you
When you know down inside
That I really do
And it’s me you need to show
How deep is your love?

I watched the Bee-Gees documentary last December when it came on HBO. It was good, although I fell asleep thirty minutes, and later I admitted this to a documentarian, who laughed and said, “Yeah, I probably shouldn’t be able to watch a documentary about a band in the Seventies with my seven-year-old son.”

But this one part of the documentary stayed with me. Noel Gallagher, whose songs have also cast a spell on me, was talking about the power of those three voices knitting together.

“When you’ve got brothers singing, it’s like an instrument that nobody else can buy. You can’t go buy that sound in a shop.”

That was it. That’s what I’d been chasing.

It wasn’t the words. It was harmony.