I bought a framed portrait of a woman at a vintage store several years ago. I had been walking through an aisle crowded with peeling cabinets and rusty kitchen utensils when the portrait grabbed me. The woman’s eyes were closed, but she was smiling, and I wondered what the story was behind this disjunction, between the deliberate nature of the framed print, formal as a senior year photo, but the accident of her closed eyes. Why choose this picture to frame? Surely there were others.

A picture of a woman with her eyes closed is a glitch borne of the camera’s lickety-split shutter speed, the intrusive flash of the bulb, or the human need to blink 15 to 20 times a minute. It’s a mistake. And yet the portrait was weirdly compelling: The woman had these perfectly arced eyebrows, her brown hair piled on her head in an intricate bun, beehive-style, a debutante neckline that revealed her ivory shoulders. Everything about that photo was perfect — except for the part where she shut out the world the moment it captured her.

“Who is that woman?” a friend asked me, after I hung the portrait on the wall near my bed.

“Not really,” I said. I wondered if this was some fundamental difference between us. That he was seized by the urge to know her. And that I felt like I already did. 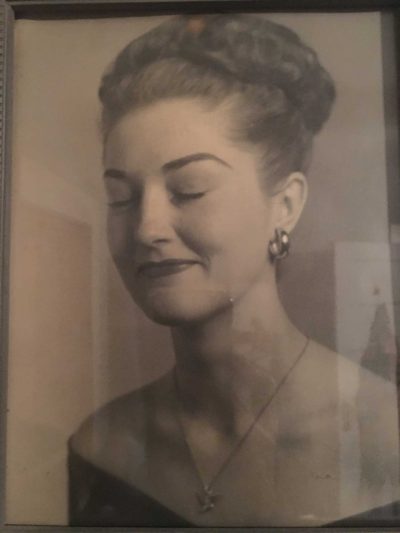 When I was 18, my drivers license picture was me with my eyes closed. Kind of a dick move on the part of the DMV, which has never been known for its acts of charity. You’d think someone behind the counter might have said: Hey, ma’am, let’s take another. But no. The plastic card showed up in the mail a few weeks later, and there I was: My face blasted out by the camera flash, my eyes closed in mid-smile. The picture was cropped so close that you could barely make out the dark blonde of my hair. It wasn’t a bad picture, exactly. But I felt foolish when it arrived, like the camera had caught me in the embarrassing act of being human.

Also, as far as IDs went, that photo was next to worthless. The eyes are so central to what make us uniquely ourselves, along with the hair — if you cut out both, well, that picture could have been anybody. I used to hand it to bouncers at the 18-and-up clubs, or clerks behind the counter at 7-11, and they would stare at the thing for a long time. Then I would close my eyes and tilt my head forward while smiling, and say, “See? Look. It’s me,” and they’d compare the drivers license image to the one I was replicating, and then hand it back and say, “Ahh, OK.”

I was dating this one guy — well, dating is not the word — and he saw the picture one day when I was pulling out the ID from my wallet, and he snatched it from my hands to get a closer look. “I love this picture of you,” he said. That guy had an artsy-oddball streak, like so many people I am drawn to, a way of seeing the world that was slightly off-kilter from the rest.

“That picture is the worst,” I said, snatching it back.

I slipped the ID back in my wallet, but my perspective shifted a tad that day. I stopped being so embarrassed by the picture, and began feeling more intrigued. He was right. That photo wasn’t embarrassing. There was something about its unintentional nature, its failure of glamour, that made it all the more interesting and real.

I don’t have a picture of that drivers license anymore, sadly, but I stopped hiding and destroying pictures of me with my eyes closed after that. I came to like them. I often put this photo in my dating profile, because I think it looks joyful. The accident of my closed eyes in mid-laugh disrupts the sense of the picture being posed, which is one of the most uncomfortable aspects of amateur photography: The twisted arm of its happiness. Smile, goddammit, smile. 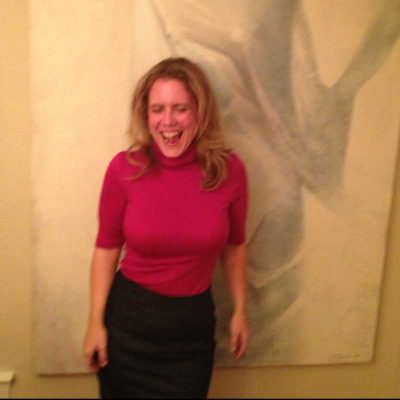 I stumbled across this photo of my father taken when he was about 19. It looks a lot like the one I took at the DMV, which makes me wonder if he and I share a propensity for blinking under a bright camera flash, as we share a propensity for sneezing fits early in the morning, and bouts of silent churning anxiety. People think I look like my mom, and I do, but my resemblance to my father is stronger. I have his facial structure, his smile, his eyes. My dad always says he looks foolish in photos, even the ones where his eyes are open, but I love this picture. He looks like the young man who would grow up to be my father. He looks happy to me. 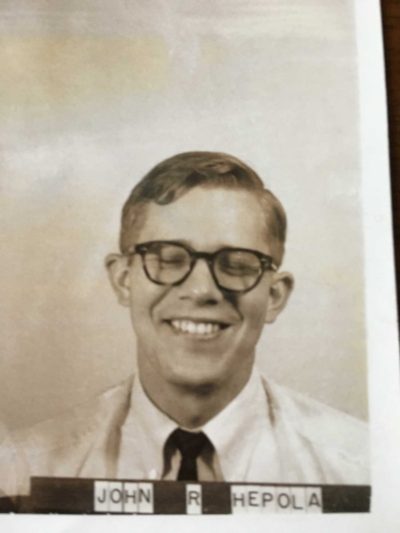 I wonder if the reason I’m drawn to pictures of people with their eyes closed is that I can stare at those photos without feeling voyeuristic or seen in return. Isn’t that weird? That I am creating a social contract with a picture? Or maybe I like that the camera can freeze a moment the eye cannot, remind us we are always changing, blinking and un-blinking, a constant state of flux, and the real mistake is thinking we ever stay the same.