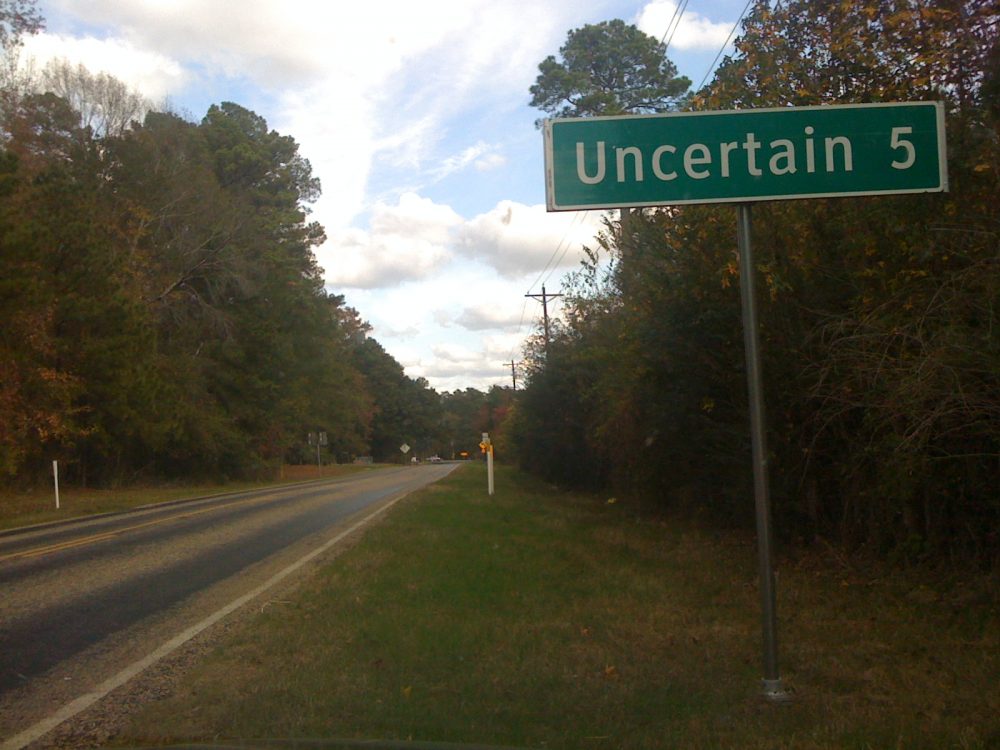 A few years ago, I threw my clothes in the bright green suitcase with the broken zipper, slung my guitar in the back seat, and drove to Uncertain, Texas. I had searched for cabin get-aways within a few hours’ drive from my home in Dallas, places like Broken Bow and Beavers Bend and Turner Falls, but my eyes kept sliding back to a picture I’d seen of Caddo Lake, all the cypress trees dripping with Spanish moss and gothic vibes. When I discovered the cabin was in a town called Uncertain, Texas, I was sold. Sometimes our adventures choose us. Uncertain, Texas — here I come.

I was working on my first book, but I had hit a wall, or at least lightly tapped it. I became convinced the only way I could move forward was to hole myself up in a cabin in the woods and write furiously and unimpeded. If you are a writer, or have seen one on TV, perhaps you’re familiar with the old “cabin the woods” fantasy, wherein our tortured creative type disappears into nature, Thoreau style, and bangs out pages of surpassing beauty, owing to the writer’s distance from the corrupting influence of, say, Home Depot and In-N-Out Burger.

My father was confused. “But you live alone,” he said. “Why do you need to get away to write?”

I explained to my dad that the cabin had no wi-fi. No cell signal. I would be gloriously unreachable.

My father, again. “But wouldn’t it be easier to turn off the phone and wi-fi in your own home?”

Long sigh. OK, technically all this was true. But but but: A cabin in the woods. Also, I suspect there was boy drama. I can’t remember the specifics now, but based on my history, I was probably wanting to do one thing, and knowing I should do another, and tugged helplessly between those two poles, with a voluminous text thread to prove it, and I wanted to get the hell out of that place, so I bolted to a retreat where the outsides matched my insides. I felt haunted, so I chose a place that looked haunted. I was ambivalent, so I drove to Uncertain.

The name Uncertain, Texas, comes from the town’s location on the border with Louisiana, as though the land itself can’t decide which state it’s in. If “Uncertain, Texas” sounds like the name of a novel that gets turned into a movie starring Tommy Lee Jones — well, I was already writing passages in my head as I drove down a path of hippie trailers and quirky cabins with wind chimes and wooden roosters. I was staying in a rustic studio with a Murphy bed that pulled down from the wall. The place had no stove, no microwave, so I mostly ate peanut butter sandwiches. The bathroom had this stray bottle of Silkience shampoo, a brand popular in my youth, and the name was so evocative of a million TV ads starring luscious blondes and their cascading locks that I thought it might make a good title for a nostalgic young-adult tale about growing up in the Eighties. So there you go: Less than an hour at the cabin, and I had my novel-turned-film (Uncertain, Texas) and my YA book (Silkience). When it grew dark, I walked to the end of the pier and laid on the wooden planks to look up at the stars. I kept hearing this line from a Rhett Miller song: Everything is going to change. Isn’t it strange? 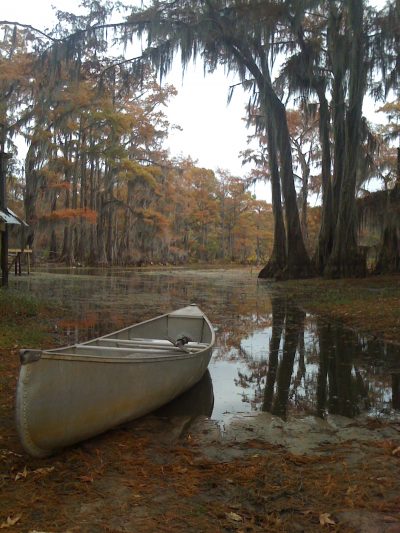 the canoe at my cabin

I got very little writing done the next day. You knew that was going to happen, right? There was so much pressure! I had a meltdown the day after that, because I literally stared at the same three sentences for several hours, and then the third day I strummed the guitar till my finger pads hurt, and I took the canoe out on the water, and then I walked under the cool shade of the spooky cypress, consulting them about my various romantic dilemmas, and I drove to a neighboring town to eat something other than peanut butter sandwiches, but I got caught in one of those torrential downpours where you literally cannot see in front of you for a few beats as the windshield wipers shuttle back and forth, so I pulled over to the side of the road, and I cried.

There is a kind of exhaustion that’s like a door opening. I don’t know why it happens this way: Sometimes you have to let the doubt and insecurities and procrastination devour you before you can flick them to the side, and do the thing. The next day, I wrote for twelve hours. Furiously and unimpeded. When I was done, I had the first draft of a tough section in my book, one that took place in a Paris hotel room, and I laid down on the floor and stared at the ceiling fan for a long time. And then, I drove to town and sent a text.

On my last day, the woman who owned the cabin stopped by to see how I’d enjoyed my stay. She was one of these laid-back artist types wearing a white cotton tunic and a long knotted necklace. I asked her what kind of people came to Uncertain, and she said oh, you know, people who are looking for something, or people who are running from something, and I laughed, and I told her I was probably both.

“You should come back,” she said.

“I will,” I said, and I drove out of Uncertain for the first time, but maybe not the last. 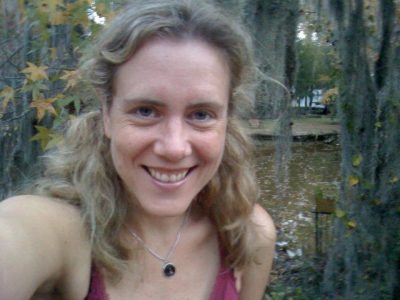