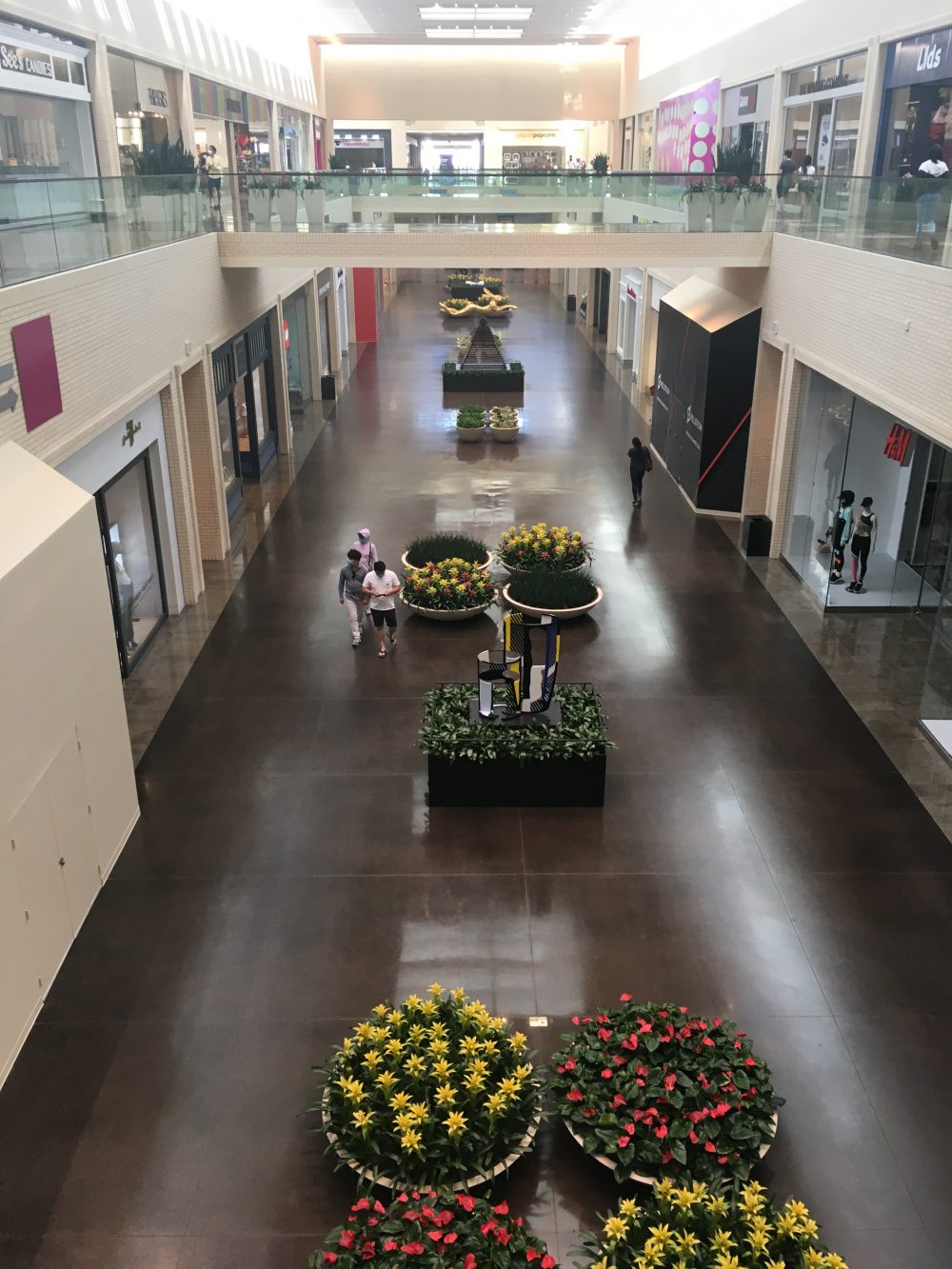 On Saturday I went to the most popular mall in Dallas, and I wrote this piece. I hadn’t planned to report on my state’s controversial re-opening, but I was overwhelmed by the oddness of the spectacle and the unprecedented nature of the moment. When I posted the story to Facebook, my college best friend commented, “So it was like a Twilight Zone episode.” And I responded, “Yeah, a Twilight Zone episode staged on a set where I bought a bubble skirt in the Eighties.”

There’s a Larry McMurtry novel that is also a Merle Haggard song called “All My Friends Are Gonna Be Strangers.” I always loved that title. I found it memorable and beguiling: What did it mean? How could friends become strangers? The line floats to mind whenever I see a once-dear store or restaurant gutted and renovated, an experience I often have in Dallas, a city of constant renovation, a city of tall cranes and crafty developers. I have no idea what the future holds for NorthPark. Is it going away? Will it come back? I don’t know these things. But walking around those barren halls on Saturday afternoon brought a sadness for a lost world and an uncertain future. I won’t ramble here; you can read the piece to hear more of my thoughts. But I felt the need to share a few snapshots from my strange voyage. 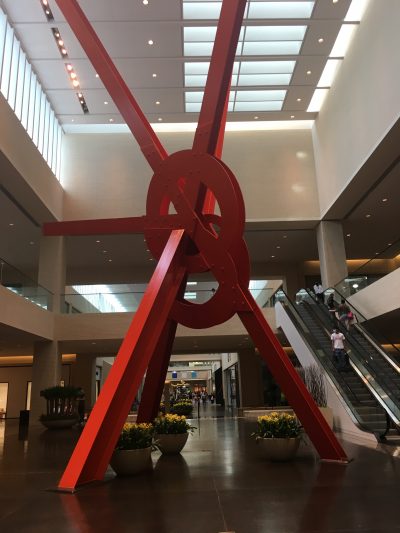 People have long been saying malls are dead. The truth was a bit more nuanced. Many malls were dead, especially the ones that looked like the rest of them, but NorthPark was considered a success story, a mall that lived past the “mall era.”

NorthPark Mall is owned by the Nashers, a family of art collectors in Dallas that also give their name to Nasher Sculpture Center, a world-class collection of modern art. The museum is filled with curious artifacts like this enormous orange … protractor? I’ve never known what to call this thing, but it is one of the many flourishes that make the place different. In factchecking Ray Nasher to make sure I had all that correct, I was reminded of this: “At the time of its construction, [NorthPark] was the largest climate-controlled, indoor building in the world.” Texas: We make malls! 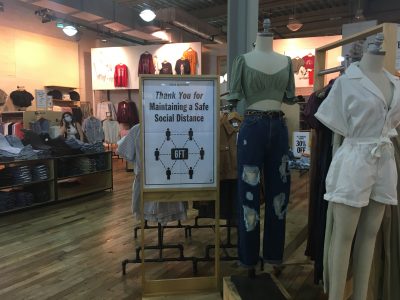 Social distancing signs were all over, and everyone wore face masks. Customers weren’t allowed to use the dressing rooms here at Urban Outfitters, but it was still the most crowded store I entered on Saturday, since I didn’t check out whatever had a crowd lining up at the Finish Line. 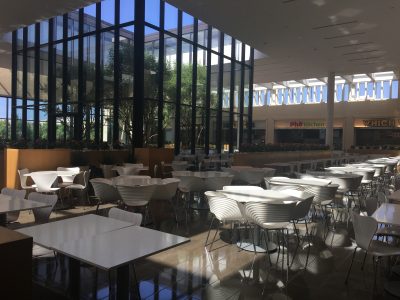 The food court looked like it was set up for a party that never arrived. When I took this photo, I was struck by the prettiness of the place. Is there a phrase that conveys more aesthetic bankruptcy than “food court?” (Maybe: Strip mall.) It evokes those bland Eighties atriums flanked by Orange Julius and Burger King, but the food court at NorthPark has natural lighting and actual trees growing in the middle. It is an artificial environment, yes, but damn it works hard not to rub our noses in that. 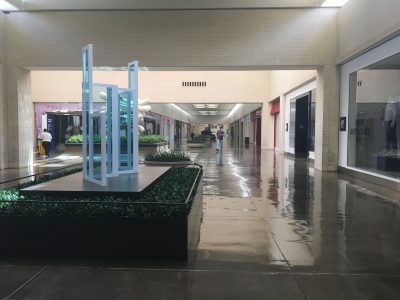 This gives you a sense of how empty the place was. Real empty. 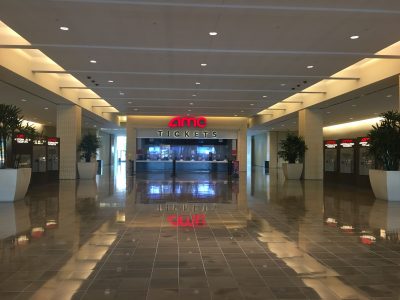 Rumors of AMC filing for bankruptcy floated in mid-April, and Neiman-Marcus a few days later, and when I read this NYT piece, it was the first time I realized NorthPark Mall might be going away. Movies at the mall were one of my happiest childhood memories. My dad took me most weekends, and I got to pick the film, which for a younger sibling was like having the power to change the weather. 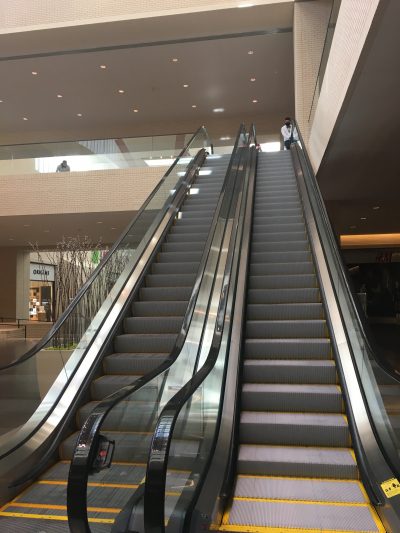 Escalators were invented in the late 19th century, but for me, the escalator was invented when I first went to a mall as a little girl and discovered that stairs could move. I was obsessed with escalators. Who wasn’t? The fear of getting caught in them. The fantasy of taking them up, up, up into the clouds. They were so visually dazzling, so richly metaphoric. Moving while standing still. I will forever associate escalators with malls, and riding this empty one on my way toward the exit doors of NorthPark on Saturday felt ominous. That guy standing at the top in a tuxedo shirt and a face mask had been hired to — I don’t know. Make sure people were OK on the escalators, I guess. But as I stood at the bottom and turned up to take a photo, I already felt like I was taking a snapshot of the past.